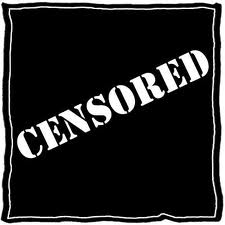 In the early days of dating my wife, she complained that it was like she was dating a robot. This wasn’t the first time I had been compared to a robot either.

I don’t typically express a wide range of emotions. I typically alternate between neutral and excited.

Do you get Offended?

One emotion I just don’t understand is “offense”. I’ve always been proud to say “I don’t get offended” which may or may not be true, depending on your definition of “offended”.

Google defines offended as “resentful or annoyed, typically as a result of a perceived insult.” which I feel explains my lack of offense. I can’t think of the last time I felt insulted. Maybe I’m just a sheltered straight white male but I’m really not sure what someone could say to me to make me feel insulted.

I like to delay forming opinions about things for as long as possible. I’m a consequentialist which to me means that I don’t think anything is objectively right or wrong, rather each person makes a subjective evaluation based on their perceived consequences.

I get frustrated when I see the consequences of “being offended” because it seems so unnecessary.

Recently there was a fight near my house with up to 20 people involved. According to the report it was caused because someone disrespected another persons mother. How ridiculous is that? That makes about as much sense as fighting someone because they farted on you.

People trying to ban gay marriage because somehow it hurts heterosexual marriage is another example of this absurdity. How does a gay couple getting married affect any other marriage? Why does this offend people?

I hope I don’t get shit for this, but I also see this absurdity in the dickwolves debacle.

The moral of the story is that you choose how you react to things. Please choose to not be offended, it’s dumb.